In 1926, Herman Brookman was commissioned to design a house for Harry Green, the President of Doernbecher Manufacturing Company here in Portland. At the time, Brookman was 35 years old and still establishing himself as an architect here, having relocated to Portland from New York a few years earlier to design Lloyd Frank’s estate (what is now the administration building for Lewis and Clark College). The Harry Green house was filled with special details, and the Front Entry was a spectacular introduction for any visitor to the house. It was essentially a gilded glass box, with colorful handmade tiles from Algeria on the east and south walls as well as on two custom built perforated doors flanking the main entry, behind which were steam radiators to heat the space. To enter, one would pass through a screen of wrought iron designed by Herman Brookman and built by local craftsman Johan (or Iohan) Konrad Tuerck, a master metalsmith and inventor who was trained as a young man in his native Germany, and who also did the detailed metalwork inside the house. The design of the screenwork was very likely influenced by Brookman’s time working at the office of Harrie T. Lindeberg in New York. Lindeberg and another young architect named Lewis Albro split off from the offices of McKim, Mead and White in 1906 to start their own firm designing high-end homes for clients on the east coast and eventually around the country.

In 1915, Herman Brookman was a young architect and draftsman at Lindeberg’s firm when a house was designed for Mr. Thomas Vietor in Rumson, New Jersey. At least one window of that house featured a bronze grill with a highly decorative design for a peacock in the branches of a tree. A similar peacock motif was employed by Brookman at the Harry Green house, most stunningly as the centerpiece of the decorative screen at the front door of the Front Entry.

Greenline started restoration work on the Front Entry in June of 2019. Up to that time, in the intervening 91 years, it saw little maintenance. There were a few obvious changes over the years, including some replaced panes of glass, rebuilt steps out to the roof deck from the second floor (along with some terra cotta tiles), and a replaced bottom rail of the front door (which had the most important panel, the one with the full peacock). Otherwise, much of what was the original work remained intact. Unfortunately, as a result of the maintenance neglect, there has been much rust and decay, and the integrity of the original structure has been compromised. In recent years, someone built a temporary roof structure over the original to account for the fact that the internal roof drain had failed, causing water damage to the interior of the house and the Front Entry itself.

Greenline has copies of Brookman’s original construction details for the Front Entry as well as several historical photographs. We are referencing these frequently as we begin the process of restoration. 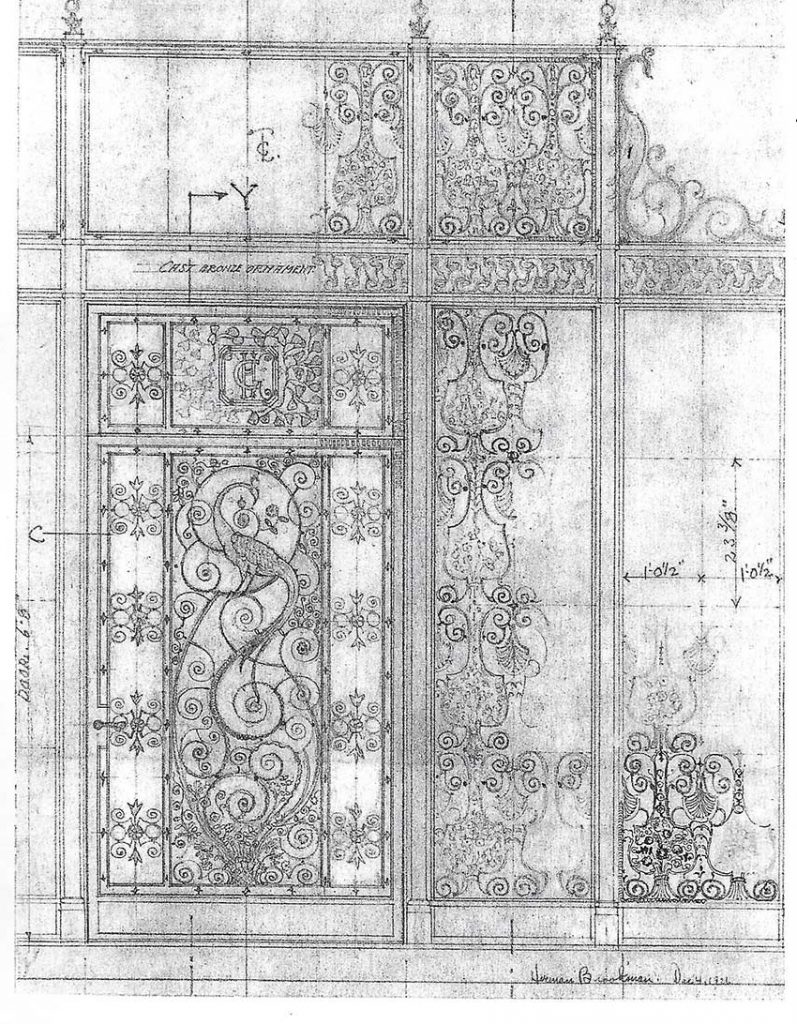 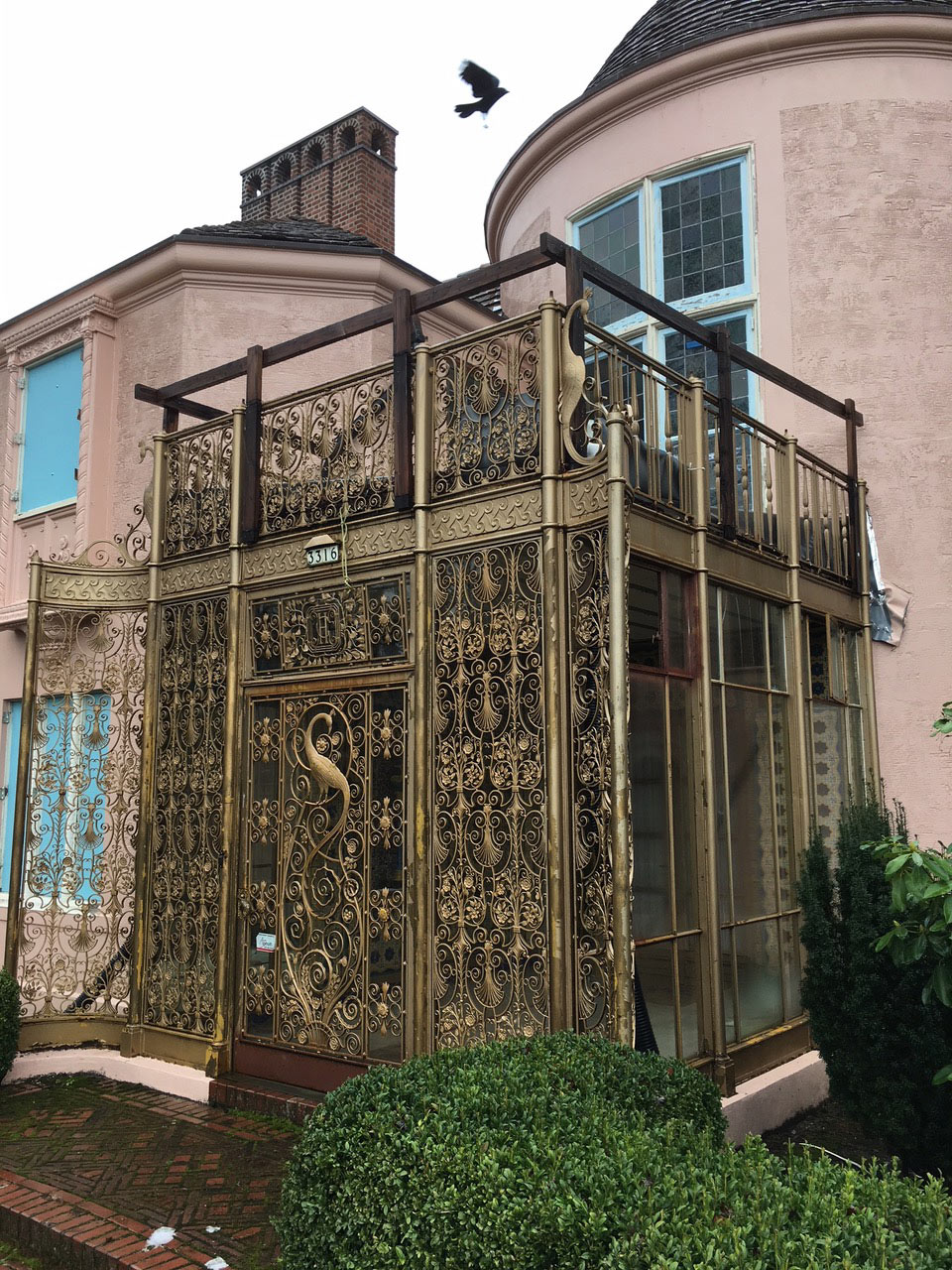